It is a combined cycle (CCGT – Combined Cycle Gas Turbine) plant with net installed capacity of 805 MW, consisting of two gas units and one steam turbine. This, uses the steam produced by the two recovery steam generators which is obtained thanks to the heat of the output gases from the gas turbines, which reach a temperature of 555°C. The combined use of the gas turbines and the steam turbine enables the plant to achieve a high yield (around 57%), with a consequent low greenhouse gas emissions, indicating a limited environmental impact.

The plant is located in the rice fields of the area of Vercelli. The delicate ecosystem in which it operates has imposed strict environmental rules. Those have required the adoption of a steam cooling system made with a forced air condenser and chimneys enclosed in an architectural design – in addition of the implementation of monitoring campaigns for the air, water and noise. Also the visual impact has been limited.

In addition, a specific monitoring program of some protected native animal species has successfully developed with the aim of protecting their presence and the biodiversity of the surrounding ecosystem. 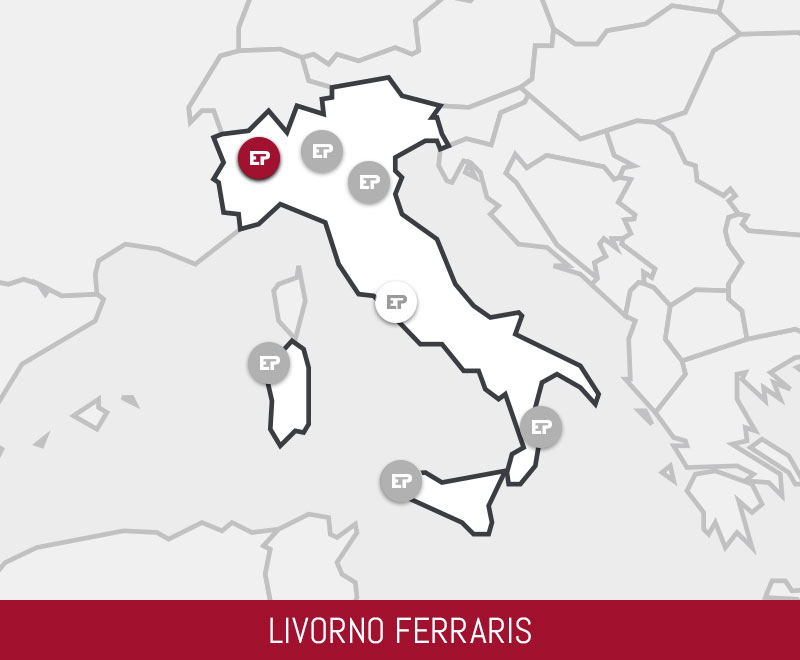