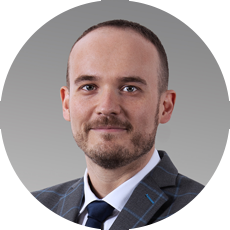 Chairman of the Board of Directors of EP Produzione S.p.A.and Fiume Santo S.p.A.

Graduate in International Management at the Economics Faculty of Prague University and in Finance & Investments at Rotterdam School of Management (Netherlands).

Started his professional career in 2009, in the Financial Services Risk Management division of Ernst & Young. From 2011 to 2013 worked at Unicredit Management Consultancy.

In 2013 he joined Energetický a Prumyslový Holding dealing with gas (SPP) and electricity (SSE-Distribucia) distribution in Slovakia and managing the Group’s financial risk.

Since 2015 Peter Cernák has followed the activities of the companies in the EPH Group in Italy, as Member of the Board of Directors and as CFO (until 29th April 2019) of EP Produzione S.p.A. and Fiume Santo S.p.A. 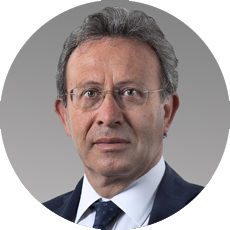 Since 2016 Member of the Strategic Committee of Assoelettrica and since July 2020 Vice President of Elettricità Futura.

General Manager of E.ON Energia S.p.A. (electricity and gas sales to business and residential customers) from 2011 to June 2015.

In E.ON since 2000, Luca Alippi set up and led the first companies in Italy dedicated to selling electricity and developing generation capacity.

Chairman of AIGET (Italian Association of Energy Wholesalers and Traders) for 2 mandates, from 2005 to 2009.

Chief Executive Officer of Bayernwerk Italia S.p.A. (entry into Italy of the German utility at the start of the liberalisation of energy markets) from 1999 to 2000. 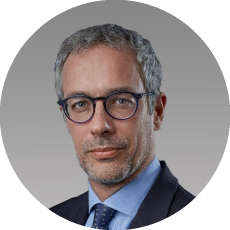 Member of the Board of Directors of EP Produzione S.p.A. and Fiume Santo S.p.A.

Graduated from the University of Genoa in Mechanical Engineering and from Harvard’s Advanced Management Program, Marco Arcelli is CEO of EP Global Commerce, Business Development Director of EPH Group and Head of EP New Energy. From 2001 to 2016 he was at Enel covering different roles: Executive Vice President Upstream Gas (2009-2016); Head of Business Development and Operations Support; CEO of Slovénske Elektrárne (2005-2007); President and CEO of Enel North America (2003-2005).

Prior to Enel he held several positions in project & construction management, dispute resolution, sales and business development for large infrastructure projects in energy, airports, transport systems at General Electric and O’Brien-Kreitzberg. He is also a visiting professor at IESE on energy and management. 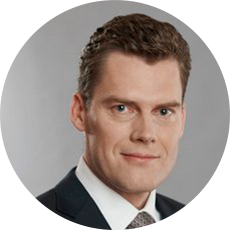 Member of the Board of Directors of EP Produzione S.p.A. and Fiume Santo S.p.A.

Marek Spurný is a member of the Board of Directors of EPH, Head of the Group’s Legal Office and member of the corporate sector of various subsidiaries.

Since December 2004 he has worked for J&T Group, which subsequently moved its corporate investments into EPH as from 2009.

Born in 1974, he graduated in 1998 at the Law Faculty of the Palacky University Olomouc, in the Czech Republic. After a year’s experience in a local legal office, he worked for the legal department of the Commission of Czech Securities, the government regulator which supervises the capital market.

In November 2000 he was appointed Head of the Commission of the Department for the Issue of Securities, which supervises and regulates binding offers to acquire securities, takeover bids, disclosure obligations for listed companies, prevention of insider trading, cooperation with EU counterparts in the field, etc.

In addition, he represented the Czech Republic on the CESR-Fin (a sub-committee of the Committee of European Securities Regulators for financial reporting). He is also one of the co-authors of the national Code of Corporate Governance based on the principles of the Organisation for Economic Cooperation and Development (OECD).